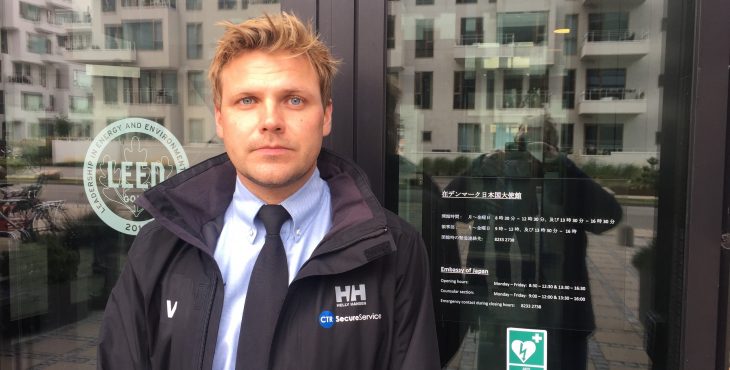 The realism of Security Guarding

Security guarding has been prevalent for as long as the history books have been around, with the same emphasis on duties still being as relevant now as they were throughout history. Security guarding evolved when there was a need for persons and populations to safeguard their riches and at the same time as simple security aspects such as walls, locks and other means of protecting property and assets.

Although the aims remain the same, there has obviously been changes over the generations and this is in response to changes in technology, changes in the threat and general evolving of procedures linked to security guarding.

Security guarding in the UK has changed significantly since 2001 with the introduction of the Security Industry Authority and the relevant legislation. Every security officer must now hold a valid SIA license which is presented once that security officer has completed the mandatory training and vetting. The introduction of the Security Industry Authority brought much needed policing of the security industry in the UK and attempts to dispel any organisation or person that would otherwise operate in an immoral or illegal manner.

Security guarding and the personnel responsible for delivering such services provide a valuable service to the public, organisations and even governments. Their level of training although a standardised requirement in the UK can still vary dependant on their actual role, which can be anything from providing security guarding in the aviation industry through to providing security guarding within the corporate sector. Across the world then security guards can be armed and unarmed depending on the laws of the said country, it is not uncommon to see armed security officers in some states of America for example.

Security guards provide a high level of deterrence and accountability for an organisation, with varying levels of risk for each assignment. Security guarding also requires adequate planning and management to ensure that the correct levels of service are being provided and that the job is being conducted correctly, meaning that security officers are monitored to ensure that their duties are being completed as per their assignment instructions.

Monitoring of security guarding operations can be completed in numerous ways although the two main methods would be electronic patrol tagging and physical supervisory spot checks, the combination of these providing a high level of satisfaction to the client in knowing that they are receiving the services that they are paying for. Electronic patrol tagging provides evidence of patrols being conducted and this can even be monitored on a live basis using modern technology including RFID and geo-location, allowing the client to log in and view active and past patrols. There should also be a high level of reporting and communication from the security officer to their supervisor/manager and from the security guarding company to the client.

When contracting a security guarding company then as with any type of service or product, it is worthwhile to conduct some research and understand the relevant marks of quality for this type of service. In the UK then then the first standard to check would be that the security guarding company holds Security Industry Authority approved contractor status, closely followed by being part of any other industry association such as the British Security Industry Association, the British Security Institute and so on. Quality management is also important as showcases an organisations commitment to quality standards and this is achieved through ISO certification including quality management, environmental management and health and safety management as examples.

It is also important to ensure that any security guarding provision compliments current security measures in place, meaning that there may also be technical and physical measures in place such as CCTV, access control, perimeter measures and general/specific policies and procedures. The combined effort equates to the overall security strategy of the organisation and must be highly co-ordinated to ensure there are no lapses or vulnerabilities in the organisation’s security. If an organisation does not have a dedicated security manager and/or HSE manager, then the security guarding provider can generally deal with any point of contact within the client organisation to ensure that KPI’s are acknowledged and that the overall aim of the request for services is adopted.

Security guarding is vital if an organisation has critical assets that need protecting, this also includes people and information. Any physical presence of a well trained and professional security officer lends itself to increasing any form of security strategy as the human aspect of security is still one of the highest forms of protection, with any technical or physical addition being more of a contributing factor. The role of a security officer can also be widespread from lock/unlock duties whereby there is more duty of care with a security officer conducting this activity than a regular member of staff, through to front of house duties whereby a security officer is both the face of the company but also the protector of the organisation.

Whatever an organisations reason for employing security guarding services then this provision can only be a benefit and increase the overall safety and security. In the future then technology will undoubtedly change, the global environment may be different although the roles and duties of a security officer will always be similar, to protect and secure people, assets and locations. A professional and well-trained security officer could be the difference between an incident occurring or not, or in the event of an incident, then being the difference between that incident causing much harm or not.